VIRATNAGAR- Get closer to history – Camp in a scenic location

Live for you by "The Royal Escape"

This little-known place is a wonder of wonders for those who have the deep interest in prehistoric sites and a penchant for history. There is much more clubbed with your voyage to Viratnagar 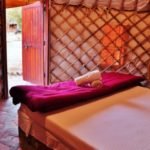 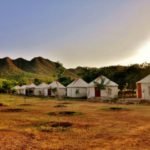 1. Transportation (Using your own school buses will be economical);
2. All food and beverages apart from those mentioned in the package;
3. Expenses of personal nature like room service, laundry, phone calls, etc

Send us your Query: